He's back! New stuff with your favourite tutor! v0.7 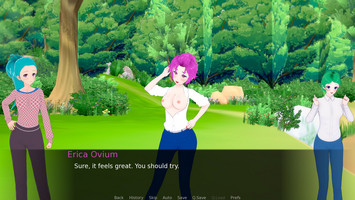 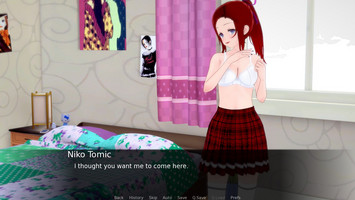 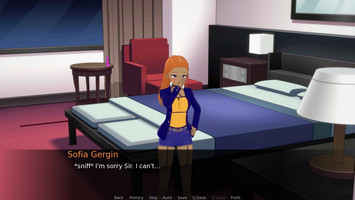 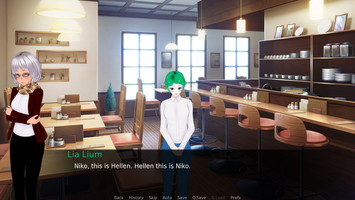 I'm happy to tell you that the next update is released! I hope you like it and as always you can tell me what you think about it.

At the moment I don't have the time for extensive testing, so if you find an error please let me know. A comment here or a message on Twitter would be great. And if you show me a screenshot of the error message you'd be my hero!

Get Tutor 2: Still hard at work

The sequel to "Teaching hard or hardly teaching"

No errors on my playthrough either.

I played from the start as it's been a few months since I played last time, version 0.5 I think. It's nice how much content there is in every patch, some games you'll have to wait a few months and get 15 mins of new gameplay.

Thank you, I'm trying to make enough in each update to be worth the download time. And I'm glad you got no errors either. Any favourite scene in the newer content? Or is there some storyline you are especially interessted in?

Well, Sophia has been my favourite since the first game and it was nice that there was so much stuff with her storyline. It was also nice to see that their relationship can have something more to it than just their dom-sub/master-slave fetish and I'd actually like to see something like it even more. These relationships are rarely only just the fetish-play and nothing more and contain some comedown elements after their playsessions to check that both are still on the same page and ok with what happened etc.

The scenes with Wandas dad were nice also, gives some depth to her character, but these things can  become a rabbit-hole.

What I like the most with your Tutor games is that they're easy to play whenever or whatever mood I am, light-hearted and fun and not a constant thriller or deep-and-strong-emotions triggering mindfuck or some basement dwelling simps totally unrealistic fantasy about sex and women. I can relate to that blue figure called Niko with the options given and have fun playing.

That was a big answer, thanks for that. I'll keep the Bj/Hj situation in mind. Light-hearted and fun is what I aim for with these games, not too much thinking needed but still enough that you can think about it.

And that you can relate to Niko is great to hear.

No errors on my end!

Great, thanks for your report. How did you like the update? Any thoughts on it?

Game has been great so far, I thought the thing with Beryl and the dude who had a crush on her was interesting. I went the safe route and stayed behind with her, but I'm interested to see what happens after you have her strip for you. The only disappointment is that the updates aren't any larger lol, but I have some idea of how long an interesting in-game day takes to write, so it's understandable.

It's not only the time it takes to write. There is also the thing with inspiration, without ideas I can't write. Beryl could get interessting, especially since you told her it would be okay for her to date him. :D

OH FUCK. I never thought about that. I assume theres going to be a route where she stays with you right? Would suck to be forced to lose her as an LI.

You think I would make you loose Beryl? That would be cruel! (Unless you behave like a massive a-hole to her)